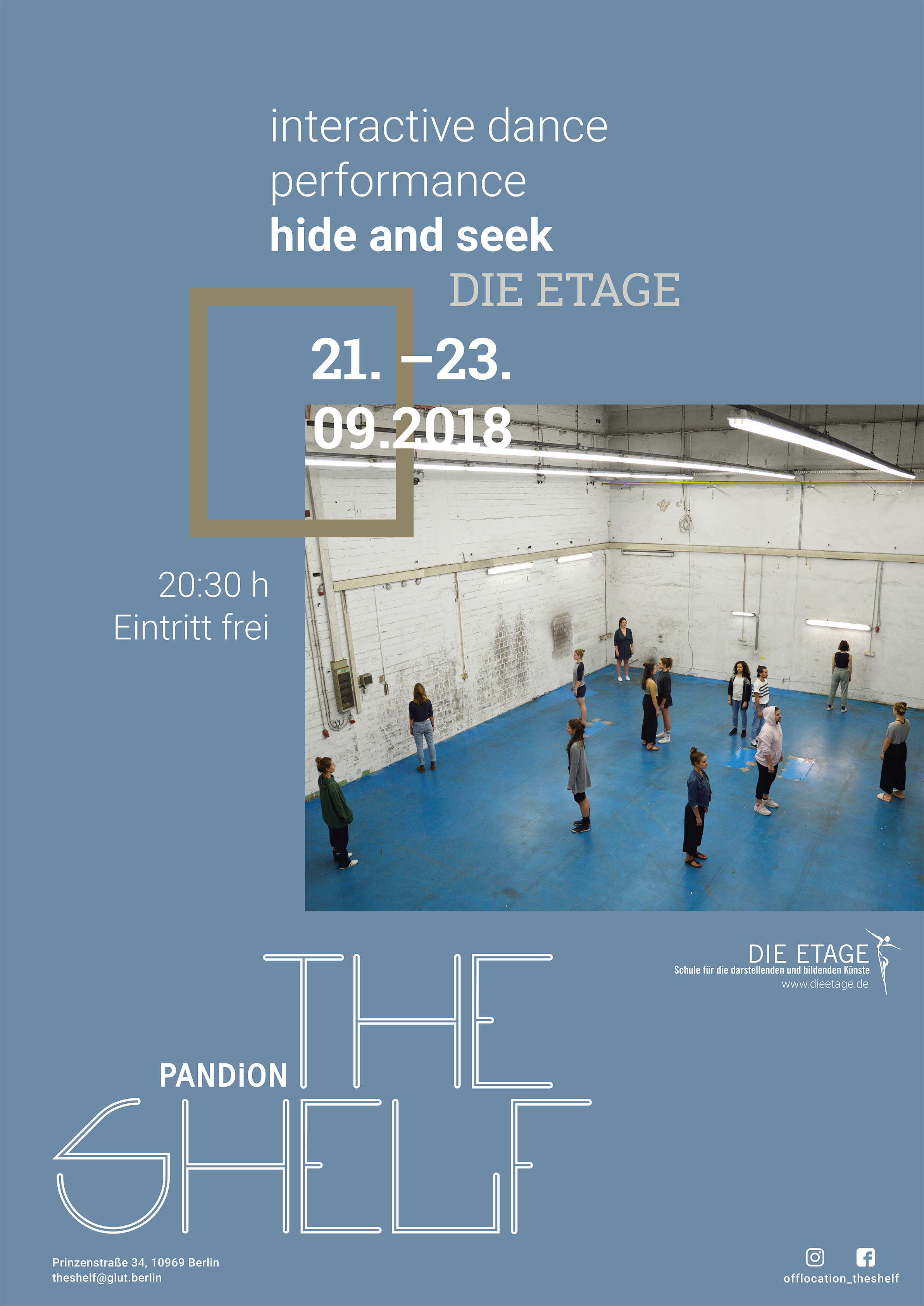 On the 21st, 22nd and September 23, 2018, the interactive dance performance HIDE AND SEEK took place at The Shelf: 16 dancers and 5 actors led the audience through the premises. The viewer could decide which performance he would like to see: Three performances spread across the rooms of The Shelf. Inspired by the location, choreographers Christian Schwaan, Saskia Assohoto, Marion Sparber and Erol Alexandrov and their students have developed several contemporary pieces that were accompanied live by a sound performance by Katrine Bregnum and Daryal von Reis. Anjulie Harter and Rita Klos show their final pieces and the final monologues of the five actresses – directed by Christian Schwaan – were also integrated into the performance. After that there was of course a small after party – modus berlin provided the right sound!