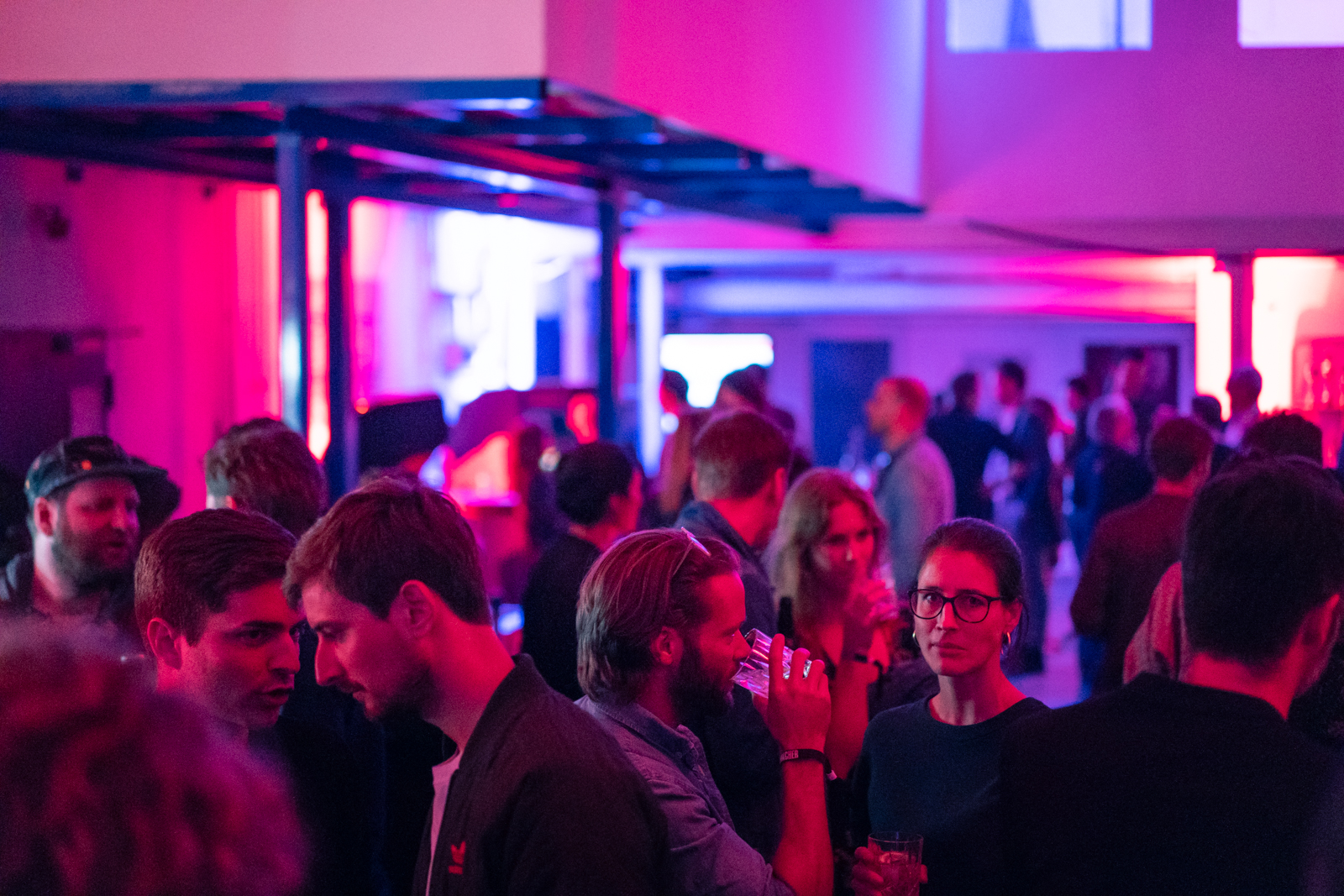 Just two more months! What’s going to happen then? Well, the Football World Cup, of course! Before we cheer on the world’s best footballers in their struggle for one of the most prestigious awards in the world of sport in two months’ time, perhaps it is a good opportunity to take a look at some of the darker sides of this sport. That, at least, is what screenplay writer Christian Brecht and producer Timon Modersohn thought. In a few weeks’ time, their thriller »Spielmacher« will be shown in the cinemas, in which amateur footballers with high ambitions become a pawn in the world of the global betting mafia and their raking in of money. Playing the leading roles: Frederick Lau, Antje Traue and Oliver Masucci. Cut.

Thursday evening in The_Shelf, a former Robben & Wientjes warehouse – with a football table, several slot machines and a shelf full of trophies – turns into a clubhouse. Various familiar faces from different parts of Berlin’s cultural scene take to tentative step into the world of sport manipulation to celebrate the premiere of the attention-grabbing film that is sure to be the subject of much debate in the coming weeks. Among them is the sponsor Red Bull with its Organic line on board this evening – Simply Cola, Ginger Ale, Tonic Water & Bitter Lemon. A few mixed drinks later, some people were standing around the football table, while others had retreated into one of the many quiet corners of The_Shelf to engage in deep conversations. Others, in turn, had long occupied the dance floor – no wonder, as this evening, two really high-calibre DJs were in action: Kid Simius (known for his work after teaming up with Marteria/ Marsimoto and Bonaparte) and Meggy (a top name in Berlin’s house scene: Bar 25, Watergate…you name it) ‒ born in Berlin, she has already practically deejayed everywhere. Things can happily continue like this. And they will. The next evenings in The_Shelf are coming up soon.